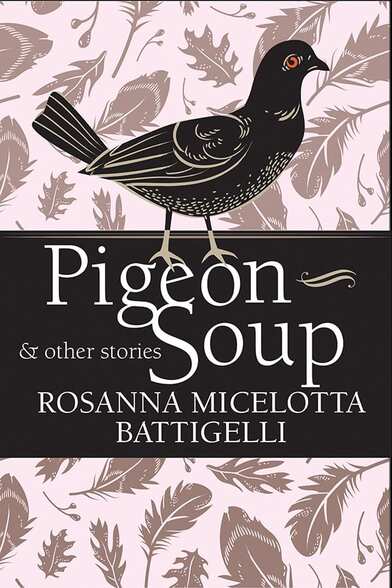 The characters in this collection are embroiled in situations that test their limits with each other, outsiders, and themselves. They are navigating relationships and grappling with issues of translocation, language and identity, religion and culture, and food. These stories portray some of the dark places that the characters inhabit physically, emotionally, or metaphorically, with surprising twists that sometimes provide a flicker—or even a bright beam—of hope.

The collection begins with a light offering:  Pigeon Soup, in which two Canadian university students who have arrived in Italy to help in an earthquake relief mission accept a ride from a quirky taxi driver. When he stops at his home for lunch, the drama begins.

​In Alligator Shoes, a boy’s bullying darkens Sina’s first year in high school, and his thoughtless and spiteful actions affect her deeper than anyone expects. (This story placed third in the 2016 Vancouver Canadian Authors Story Contest, and published in National Voices Anthology.)

The yearly sausage-making tradition is the glue that holds mother and daughter together, albeit tenuously, in Francesca’s Ways. Francesca’s old-country values clash with her daughter Angie’s. (first published in The Anthology of Italian-Canadian Writing, 1998, and published as Food For Thought in Mamma Mia! Good Italian Girls Talk Back, ECW Press, 2004)

In This Too Shall Pass, one of the characters in Pigeon Soup encounters a dark skeleton from his past: a pedophile priest who has ingratiated himself among the Italian immigrants. (A version of this story was published in A Second Coming: Canadian Migration Fiction, Guernica Editions, 2016.)

In The Hawk, a child experiences inner conflict as a result of the psychological trauma. In his dreams, his feelings and insecurities produce the dark, threatening figure of the Hawk. (The Hawk appeared in the special December 2017 issue of VIA (Voices In Italian Americana, Bordighera Press, New York)

A teenage girl in Veiled Intentions witnesses the disturbing actions of her neighbour towards his wife and child, and is distressed at his intentional display of piety at Sunday mass. She feels helpless in the face of his hypocrisy and abuse, but finds an emotional outlet by imagining his nemesis . . .

In Degrees of Separation, a fourteen-year-old is shaken by the discovery that a French student in his class is a victim of domestic violence. While the FLQ crisis shakes the nation, Frank deals with his own internal crisis, and the dark feelings of guilt occasionally haunt him in his forties.

Black as Tar is a coming-of-age story for ten-year-old Jack, who experiences the prejudicial sentiments of a new neighbour whose son he has befriended. Set in the ‘70s, Jack’s limited world view is punctured and expanded as a new consciousness sets in. (Published in Along the 46th, a fiction anthology published by Latitude 46 Publishing, 2015)